Cal Can Relay for Life 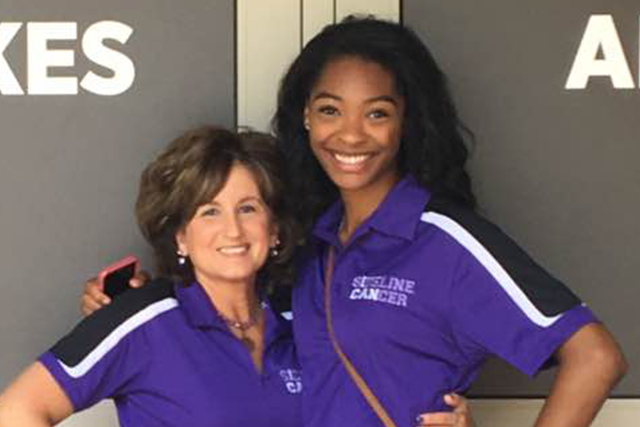 Morgan Jennings, an intern for the GFF/Sideline Cancer, is a member of the California University of Pennsylvania Women’s Basketball Team. For Relay for Life, Morgan introduced Sideline Cancer as an idea for a fundraiser to her team.

The women’s team hosted Cal Can, a spin-off of Sideline Cancer’s Together We Can. The event was a major success and featured painting stations, a bake sale, small games, and basketball.

This event at Cal and their spin on Sideline Cancer sets an example for future events students can hold at their local colleges and universities.

Cal students with their artwork. On the far right is GFF/Sideline Cancer intern Morgan Jennings.

Cal students painting canvases with a focus on a purple ribbon and the first Native Painter Paint and Play party.

The survivor ceremony with in memory of luminariesy.

Pictured below is the t-shirt design students and basketball players wore during the Cal Can event.